The Tana River rises in the Aberdare Mountains and flows past the slopes of Mount Kenya before turning towards the sea. In the highlands most agriculture is rainfed. Tea, coffee and maize are the main crops, followed by rice, sorghum and chickpeas. Water losses as a result of evaporation and surface runoff are high. But many farmers here have insufficient means for investment, so suitable water- and land conservation measures are mostly beyond their reach. 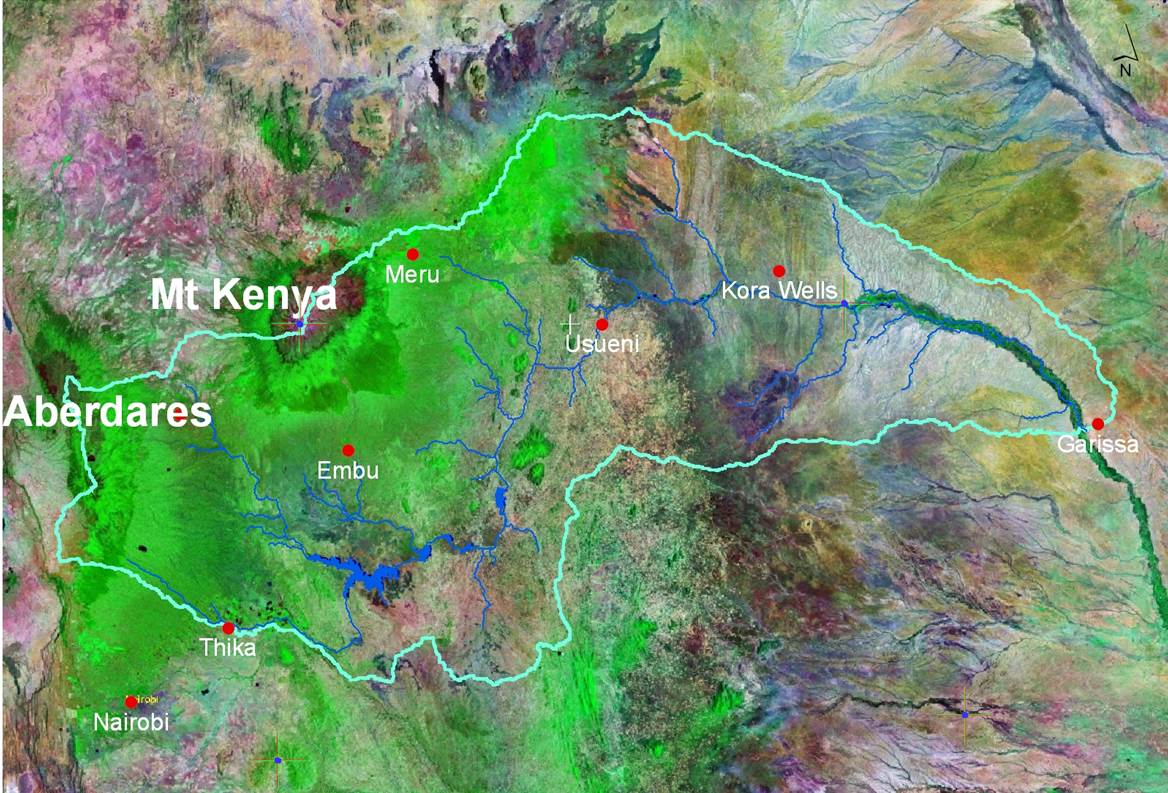 Together with the Kenyan research institute KARI, ISRIC started testing the concept of Green Water Credits in the Tana River Basin in 2007. Since then, the resulting biophysical and socio-economic studies have shown that water users in the areas downstream - including Nairobi - can benefit greatly from conservation measures taken on rain-fed farms, such as bench terraces, ridging, contour bunds, and minimum tillage. In the Upper Tana Basin pilot area (which encompasses 17,420 km2 and 100,000-150,000 smallholders), preliminary estimates of the annual benefits derived from these ‘green water management’ practices are put at between US$ 12 and 95 million, compared to annual costs of US$ 2 to 20 million. Under a minimum 20 % adoption scenario, the annual water benefits would be US$ 6 to 48 million compared with costs of US$ 0.5 to 4.3 million – a ten-fold return on investment. Half of this benefit would come from the decreased silting up of the dams used for hydropower generation. Improved water availability would also increase profits, and benefits such as higher crop yields, flood mitigation and carbon sequestration have not even been included in these figures.

The main recommendations arising from the pilot study for the Upper Tana Basin are:

Taxes raised from extra profits arising from Green Water Management should be put in a GWC fund earmarked for training, investment, loans, making of legal agreements, covering other implementation costs and training.

A professional entity should be charged with managing the GWC fund.

The revolving fund needs seed capital to be able to pre-finance the initial costs of the Green Water Credits system.

For this area, US$ 50 million is needed for a five-year implementation phase. During the final workshop, organized in Nyeri in September 2011, the participants declared their commitment for the implementation phase (2012-2017). This phase will form part of the Upper Tana Catchment Natural Resource Management Project (UTaNRMP). This broader UTaNRMP, in which poverty alleviation is the primary objective, has now acquired US$ 68 million for the coming eight years (2012-2020). The money comes from the International Fund for Agricultural Development (IFAD), the Spanish Trust Fund, and from private stakeholders, including Kenya Electricity Generating Company Limited (KenGen) and the Nairobi Water Company. The fund will be managed by the Water Services Trust Fund and the Equity Bank, one of Kenya’s largest banks.

The GWC project, coordinated by ISRIC, is supported by the International Fund for Agricultural Development (IFAD), and initially also by the Swiss Agency for Development and Cooperation (SDC) and Finnish Development Aid.

Other partners include FutureWater in Wageningen and, in the initial stages, the International Institute for Environment and Development (IIED), the Stockholm Environment Institute (SEI), and the Agricultural Economics Research Institute of Wageningen UR (LEI).