The World Soil Museum informs and educates about the nature and the diversity of soils in the world and what that means for society and for science. From the volcanic ash soils from Andes to the black soil of the Russian steppes.
The world Soil Museum is located in an eye-catching building on the Wageningen University Campus. It has the shape of a sod of soil. The outside walls of the building are coated with clay loam to give the building a natural soil appearance.

The unique world soil reference collection is the core of the museum's exciting exhibition displays and educational activities. The soils of the world are displayed according to major soil forming factors: Climate, Relief, Parent material, Organisms and Time. Other sections are: Soils of the Netherlands, Man and soil, Soils and land use, and Soils and colour. Visitors may experience the role of soils in life and ecosystems in the museum and get an impression of the enormous variation of soil types around the world. This diversity has a meaning for society. In major global themes, such as climate change, soil is a major store for carbon for example and in the water cycle, soils act as the filter and store for water. Farmers use their knowledge of the variation of soils for managing the land for the production of food. Soil is a habitat for an extremely biodiverse lifeforms. The world soil museum aims at different visitor groups: secondary school students, (soil) scientists, students of universities and colleges, and the general public.

The data from ISRIC, the ISC World Data Centre for Soils, on the global soil resources are brought into the museum through multi-media facilities that include tablets, touch screens and a large digital map viewing table. Six stations are placed in the museum that provide information on the following subjects: food production, soil and water, land degradation and conservation, soils and landscape, soils and biodiversity, and soils and climate change. 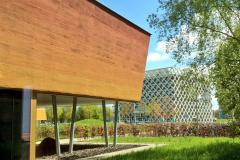 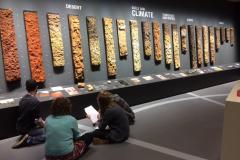 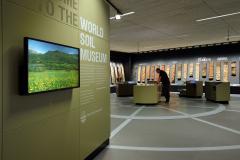 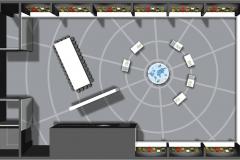