Within our workstream on 'Soil Information Provisioning', we are developing procedures for production of open soil data. The workstream aims to collate/safeguard soil data (both legacy/historic  data and new soil data) and upon their standardisation, use the standardised data for the production of maps at various spatial resolutions. The resulting GIS layers provide the basis for modelling, spatial planning and decision making.

The following six key principles are the pillars of the  'Soil Information Provisioning' workstream:

Our cyber-infrastructure comprises a number of components that are interconnected, but can be considered to be independent procedures: 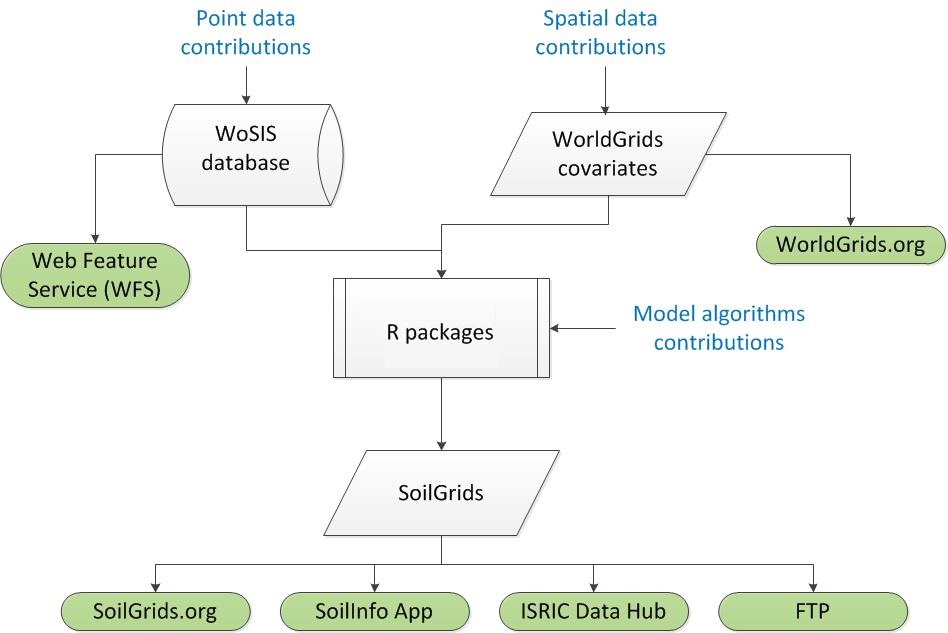 Who is it for?

We aim at serving various communities.