Knowledge of soil properties such as organic carbon content, clay content and pH is vital for agriculture and climate change analysis in Africa. ISRIC has launched a new type of freely accessible soil property maps for Africa. The maps contain predictions of seven soil properties at six standard depths at 1 km resolution. The soil property maps as well as the software to generate them are available for download under a Creative Commons licence.

Which crops are suitable 100 kilometres south of Ouagadougou in Burkina Faso? What is an optimal fertilization regime for the East coast of Kenya? How much carbon dioxide is stored in Congo by saving its rainforests? It is often difficult to answer such questions accurately without information on soil properties such as sand-silt-clay content, bulk density or mineral content. Unfortunately accurate soil information has been difficult to obtain, which explains why African soil properties are rarely considered in agricultural planning and environmental modelling. The aim of the Africa Soil Information Service (AfSIS), an international programme funded by the Bill and Melinda Gates Foundation, is to improve this situation, among others by creating up-to-date digital soil property maps at high spatial resolution.

ISRIC has made the first version of digital soil property maps, drawing on 12,000 geo-referenced soil profile records from 37 countries. The records were collected  from over 300 data sources, ranging from digital databases, books, reports and articles. The legacy soil profiles, together with a large amount of remote-sensing based images of vegetation, climate and terrain relief, were used to estimate the soil properties for the non-desert parts of Africa. The accuracy of the estimates was also calculated. 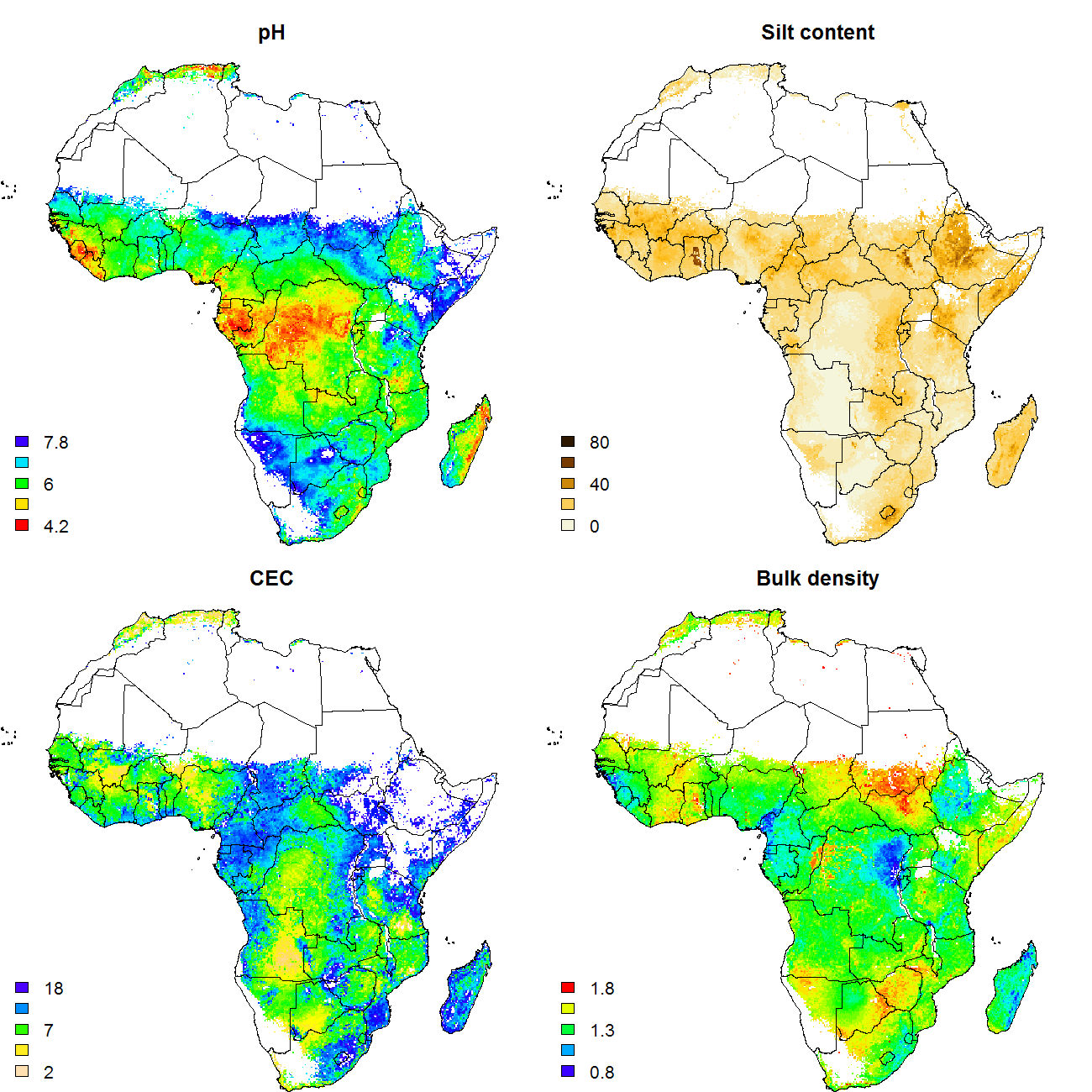 One mouse click can tell you for instance that Cameroon, Ghana and West Congo all have a large amount of organic carbon in the topsoil (more than six percent). Or that the soil along the northern border of South Africa contains only low amounts of organic carbon (less than 0.7 percent). "These first soil property maps are still at the proof of principle stage", says ISRIC researcher Tom Hengl. "We have only used 12,000 profiles to estimate soil properties foran area of 18.3 million square kilometres. And the maps reflect the period from 1950 to 2005, while some soil properties, such as soil organic content, have probably changed over time.". Hengl is pinning his hopes on crowdsourcing: "National institutes and regional offices can now contribute their own data and help us improve estimates of soil properties for the whole of Africa. This should be a joint effort."

The digital soil property maps are one of the most important products of the AfSIS project, which is headed by the International Center for Tropical Agriculture (CIAT) and the Columbia University Global Center in Nairobi. Other AfSIS products include up-to-date soil databases, methodology and procedures for land degradation surveillance and capacity building. In the last four years, AfSIS teams have already analysed soil samples from over 6000 locations using a combination of soil spectroscopy and laboratory analysis. The ultimate goal is to empower farmers so that they can use their smartphones to download real-time soil data, along with corresponding fertilization recommendations. Following the experiences with mapping soil properties of Africa, ISRIC is now working on making similar soil property maps for the whole world at 1 x 1 km resolution.