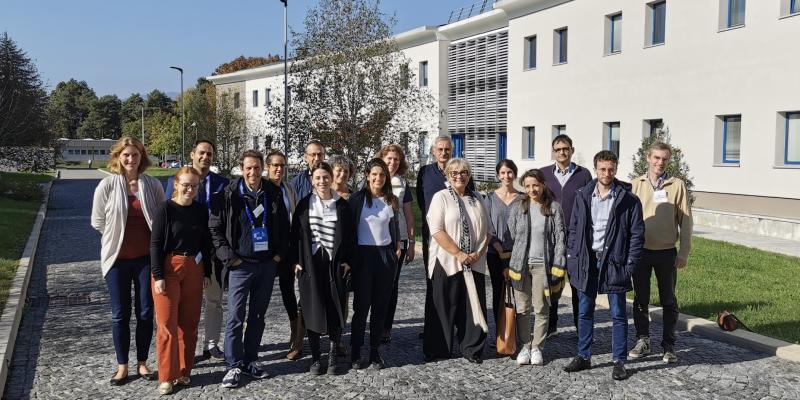 The kick-off event of the ORCaSa project was hosted in the wonderful settings of Joint Research Centre (JRC) in Ispra, Italy, from 26-28 October, 2022. The Horizon Europe project, short for Operationalising the International Research Cooperation on Soil Carbon (ORCaSa), aims to bring together all stakeholders working on soil carbon capture and storage techniques at an international level.

Over the next three years, six European and five international partners will work together to establish the first International Research Consortium (IRC) on soil carbon, expected next autumn. The idea to establish an IRC on soil carbon emerged during the CIRCASA project (2017-2021) together with more than 100 stakeholders and 500 scientists from around the world. The overall objective is to share as much knowledge as possible on the subject while fostering possible synergies and initiatives. ISRIC - World Soil Information will in particular contribute to development of a framework for an Monitoring, Reporting and Verification (MRV) system on soil organic carbon stock changes; for details see: https://www.isric.org/projects/operationalising-international-research-consortium-soil-carbon-orcasa

Recruitment of members and funders will also be supported by the project's international partners, who will promote global outreach at the regional level. In addition, the project will enable the development of KP4SoilCarbon, an online platform where all current knowledge on soil carbon will be collected and made accessible.

While CIRCASA focused on agricultural soils, the ORCaSa project goes a step further and also considers soils under other land uses including forests, pastures and public spaces in urban areas. “Thanks to ORCaSa we aim to enlarge an initial strategic research and innovation agenda to all types of soils and implement it in order to preserve high carbon stocks and boost carbon storage. This will contribute to the mitigation of climate change”, explained Suzanne Reynders, ORCaSa project coordinator.

ORCaSa is coordinated by the French National Research Institute for Agriculture, Food and the Environment (INRAE), with the following partner institutions (in alphabetical order):

The project receives funding from the European Union's Horizon Europe research programme under Grant Agreement 101059863. It will run from .September 2022 up to September 2025.