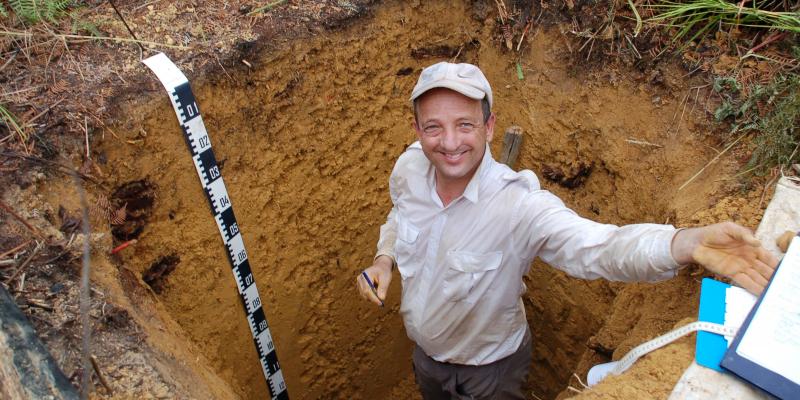 ISRIC – World Soil Information has played an important role in developing the World Reference Base for Soil Resources (WRB) since its inception in 1994. This role was greatly reduced after the retirement of our former colleague Dr Otto Spaargaren† in 2009.

We are pleased to announce that Stephan Mantel has been elected Vice-Chair of the IUSS WRB Working Group during the recent World Congress of Soil Science in Rio de Janeiro. Thereby, ISRIC will resume its historic role in further developing WRB.

WRB is an international soil classification system for naming soils and creating legends for soil maps. The tasks of further developing and testing WRB resorts under IUSS Division 1 (Soils in Space and Time), Commission 1.4. (Soil Classification).