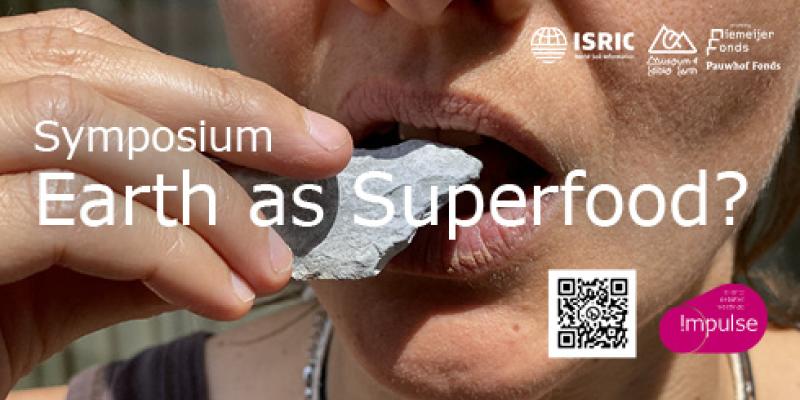 Eating soil is an old and established culturally important practice in many places around the world. In many countries the action of eating earth and soil-like substances (geophagy) is a means of spiritual cleansing amongst other benefits (cf. Pan de Dios in Guatemala). There are even restaurants that serve soil as food, such as in Japan. The practice of eating earth and soil-like substances is also promoted by influencers. Will soil consumption become more widely accepted or even develop into a ‘superfood’ practice? What would be the implications of this?

On Monday, June 27 from 14:00-18:00, you can attend a symposium where artist and Museum of Edible Earth founder masharu invites an interdisciplinary conversation about considering soil a superfood. The symposium is an extension of the Museum of Edible Earth’s guest exhibition on Wageningen University campus co-hosted by Impulse and the World Soil Museum last year.

In this symposium, speakers will consider the possibility of “soil as superfood” with diverse considerations to contextualize the conversation, such as: