Leptosols are by far the most extensive group of soils in the world. They are found mainly in mountainous regions and in areas where soil has been eroded to the extent that hard rock comes near to the surface. Other (minor) occurrences are along rivers where gravely deposits have accumulated without substantial admixture of fine earth material. 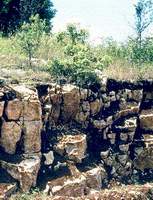