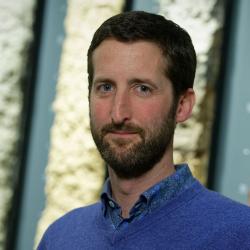 Thomas is a soil scientist with a M.Sc. in Management of Soil Fertility from the University of Reading/UK, and a Ph.D. in Soil Science from the Technical University of Munich/Germany (TUM). During his Ph.D. on the soils of Bhutan his focus has been on soil formation and classification, with particular interest in using soils as indicators for landscape development and palaeoclimate. Subsequently, he has been working in the fields of forest and climate change (for EU INTERREG IVB project ForeStClim), GIS and data management (for Port Hills Geotech Group, Christchurch/NZ) and contaminated soil management (for Aurecon in Christchurch/NZ). Thomas started teaching soil-related subjects in 2006 at the University of Freiburg/Germany and is holding a certificate in recognised standards of university teaching. Having joined ISRIC in June 2013, Thomas’s work will involve modelling the time dimension for the SOTER database, contributing to a global survey on land degradation, as well as supporting ISRIC in existing projects (e.g. SOLEX) and teaching assignments. Thomas is fluent in English and German, and speaks some Dutch, French, Italian, and Te Reo Māori.